Different Types of Seizures in Dogs

There are a number of types of seizures which can be seen in dogs, and how these different types affect individual dogs can also be very different. While there are different categorizations for seizures, it's not unusual for an individual dog to experience more than one type of seizure.

Seizures in dogs often occur suddenly, and without warning, but most will only last just a short period of time (a few seconds to a couple of minutes).

Many pet parents are concerned that their pet will injure themselves while having a seizure, and while this can happen it is very rare. Most dogs having a seizure do not hurt themselves and often do not require a trip to the vet.

That said, if your dog has had even a short seizure it's important to contact your vet just to let them know what has happened. Your vet will decide whether an examination is required

If your pup's seizure lasts more than 3 minutes, or if you dog experiences recurring seizures over a 24 hour period, an urgent trip to the vet is required. Contact your vet immediately to let them know you are coming, or head to the nearest emergency animal hospital.

Focal, or Partial Seizures will only affect one half of your dog's brain, and within a particular region of that half. When you visit your vet, focal seizures will be described as either simple or complex, depending on your dog’s level of awareness while the seizure is occurring. Most dogs remain conscious during a simple focal seizure, whereas consciousness is likely to be more impaired if your pup is experiencing a complex focal seizure.

Signs of a Simple Focal Seizure

If your dog is experiencing a simple focal seizure you may notice one or more of the following signs:

Focal seizures which evolve into generalized seizures are the most common type of seizures seen in dogs. It is not unusual for the focal seizure to be so short or subtle that the signs are missed by the owner.

If your dog begins having a generalized seizure, try to remember exactly what your pup was doing before it began. Was there an unusual behavior (even very briefly) before the seizure began? Provide your vet with a full explanation of what happened, with as much detail as possible. The more your vet knows about what your dog was doing before the generalized seizure, the better able they will be to diagnose the type of seizure your dog had and possible cause. 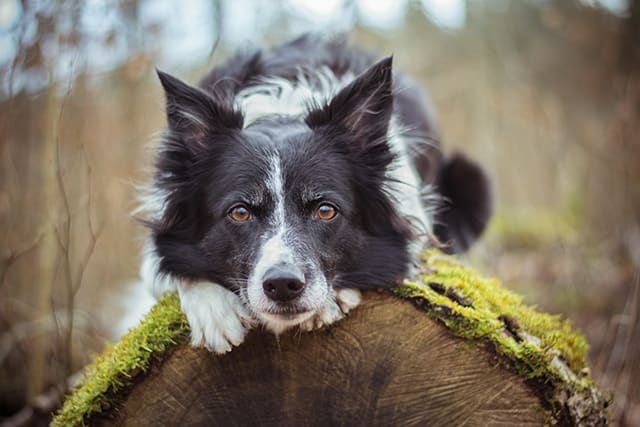 Why does my cat have diarrhea?

Diarrhea in cats is a common issue seen by our Memphis vets. Here are some of the most common causes of cat diarrhea, as well as advice on when a trip to the vet is called for and how to stop your cat's diarrhea.