Dog ACL - What is it and how is it treated?

Many people are familiar with ACL injuries in athletes but did you know your dog can also tear their ACL? Read on to find out more from our Memphis vets on what the differences are between ACL injuries in dogs and people, and how ACL injuries are treated in dogs.

What is the ACL in dogs called?

The anterior cruciate ligament (ACL) is a thin connective tissue in the middle of our knees which connects the lower leg bone to the upper leg bone.

In dogs we call this connective tissue is called the cranial cruciate ligament (CCL). As with a person's ACL, the CCL connects the dog's tibia (bone below the knee) to their femur (bone above the knee).

One of the primary differences between a person's ACL and a dog's CCL is that, due to the angle of the dog's back legs when they are standing, walking, or running their CCL is always load bearing.

What are the differences between ACL & CCL injuries?

ACL injuries are particularly common in athletes. These injuries generally occur due to an acute trauma stemming from a sudden movement such as a change of direction while running, or jumping.

Dog CCL injuries typically come on gradually rather than suddenly, and tend to become progressively worse with activity.

What are the symptoms of an ACL injury in dogs?

It's important to note that, because people are accustomed to ACL injuries, it is common to refer to CCL injuries in dogs as an ACL injury.

The most common signs of an ACL injury in dogs are:

If your dog is suffering from a mild ACL injury, it is likely to become worse over time with symptoms becoming more pronounced. If left untreated a mild ACL injury will likely lead to a very painful tear.

Unfortunatly, dogs suffering from a single torn ACL typically begin to favor the non-injured leg during activity which often leads to the second leg also becoming injured. It is estimated that 60% of dogs with a single ACL injury will soon go on to injure the other knee.

How are dog ACL injuries treated?

There are a number of effective treatments available for dogs diagnosed with an ACL injury. When determining the best treatment for your dog's injury, your vet will take your dog's lifestyle and energy level into consideration, as well as your dog's age, size, and weight.

What are the available ACL treatment options for dogs?

How long will it take for my dog to recover from ACL surgery?

Some dogs will recover more quickly than others following ACL surgery. However, recovery from an ACL surgery is always a long process! While your dog may be able to walk as soon as 24 hours following surgery, expect full recovery and a return to normal activities to take 16 weeks or longer.

It's important to pay attention to your dog's healing process and follow your vet's advise. Never force your dog to do exercises if they resist as this can lead to re-injuring the leg.

If your dog is showing signs of a torn or injured ACL contact your Southeast Memphis vet to book an appointment. 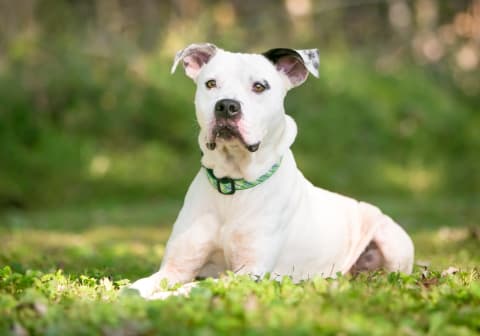 What is the most common cause of diarrhea in dogs?

Regardless of the reason, diarrhea can be a very distressing symptom for dog owners to cope with. If your pup is suffering from diarrhea you likely want to find a cure FAST! Today our Southeast Memphis vets explain some common causes, and how to stop diarrhea in dogs.

Heartworm disease is a serious, often fatal condition in dogs that can result in severe lung disease, heart failure, organ damage and more. Preventing heartworm disease is both easier on your pet, and on your wallet than treating the disease after your dog gets ill. Our Southeast Memphis vets explain why.

Anaplasmosis is one of the many tick borne diseases that threaten the health of people, pets and other animals across the United States. Today our Southeast Memphis vets explain the symptoms of Anaplasmosis in dogs and how this condition is treated.

What You Need to Know About Tick Borne Diseases in Dogs

Tick borne diseases pose a very real health threat for dogs across North America. Symptoms can be painful and even be life-threatening for your pet. Here, our Memphis vets describe a few of the most common tick borne diseases in dogs, their symptoms and why early treatment is essential.

Help! Should I take my cat to the vet for limping?

Whether your feline friend is an indoor cat or outdoor adventurer there is a myriad of ways that your cat could injure a leg or paw and wind up limping. But injuries aren't the only reason for cat limping. Here our Memphis vets share a few common reasons for limping in cats and what you should do.